Over the past year a group of non-profit organizations in Steveston have come together to produce a fishing mural on the building in Fisherman’s Park. The inspiration for the project came from the Gulf of Georgia Cannery Society and the Steveston Historical Society as an effort to beautify the western end of Steveston and highlight the village’s fishing history.

Rebecca Clarke, Executive Director for the Gulf of Georgia Cannery Society says, “We are excited to have a significant piece of public art installed at the west end of the village. With new commercial buildings at the corner of Bayview and 3rd Ave, I think we’ll see a significant increase in pedestrian traffic and it’s good to show we are more than an industrial area.”

Working with the Steveston Harbour Authority who owns the building and park, these two heritage groups formed a committee with representatives from each of the three non-profits as well as the Richmond Arts Coalition. The committee created a plan for depicting Steveston’s fishing past on three sides of the building.

With support from the City of Richmond, the Steveston Harbour Authority, the Gulf of Georgia Cannery Society and Benjamin Moore paints, the group hired experienced mural artist Victoria Oginski to begin the work for the south facing wall of the building. Basing her work on images from the Gulf of Georgia Cannery’s collection and photographer Joel Baziuk, Victoria has beautifully captured the essence of today’s fishing industry in Steveston.

According to Sarah Glen, Executive Director on the Steveston Historical Society board, “The Historical Society is excited to share Steveston’s history with the public in a new way. We plan to include the mural in future walking tours of the village to help visitors understand the importance of fishing in our history.”

The group is currently seeking funding to add mural panels on the remaining two sides of the building. These panels will complete the history of fishing in Steveston, from First Nations village to thriving fishing harbour. 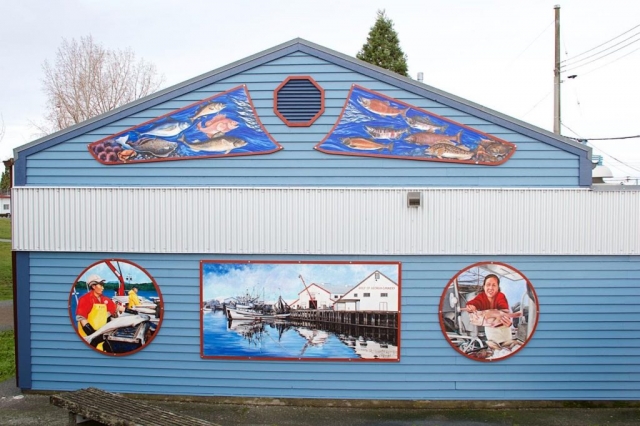 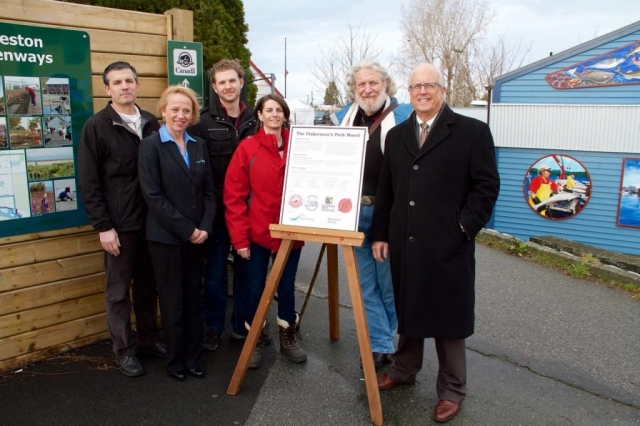 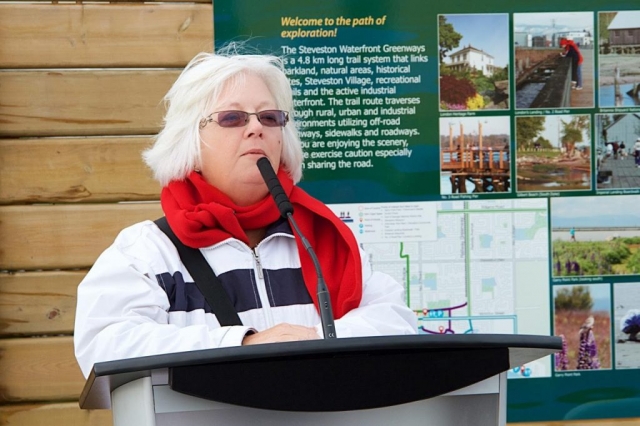 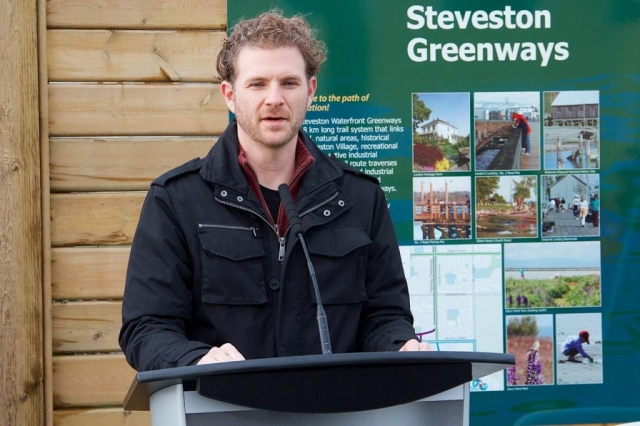 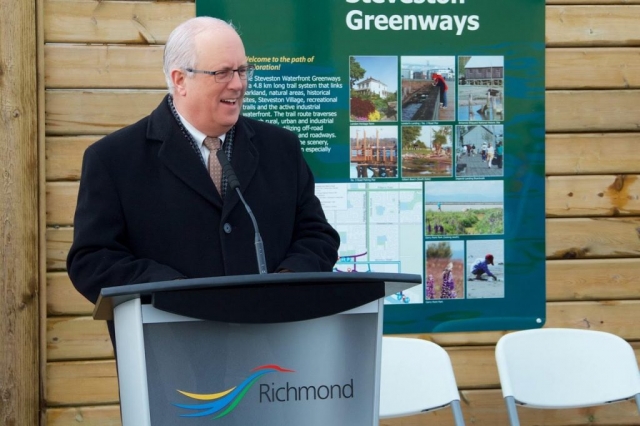 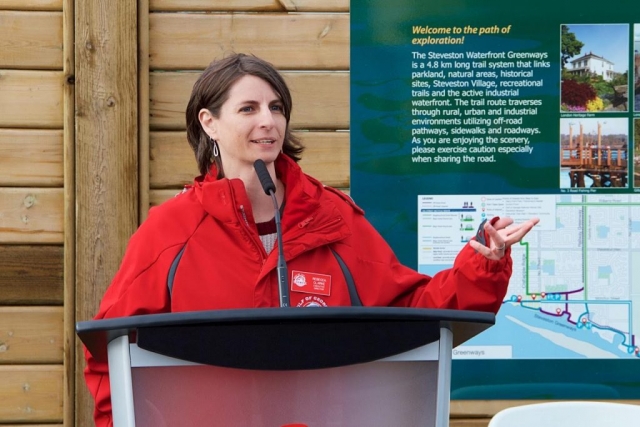 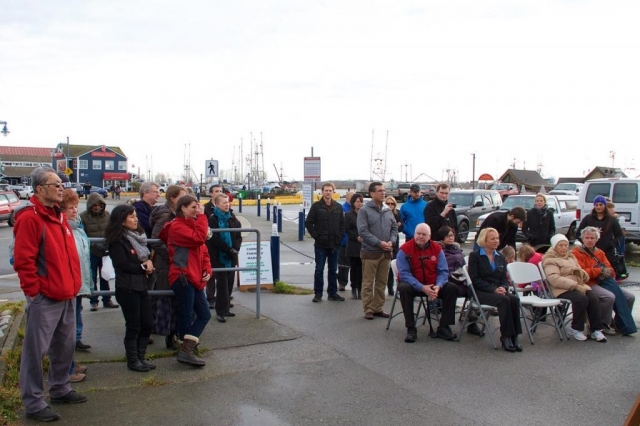 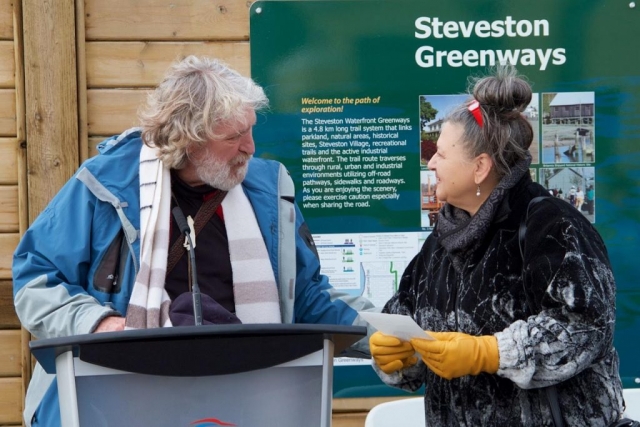 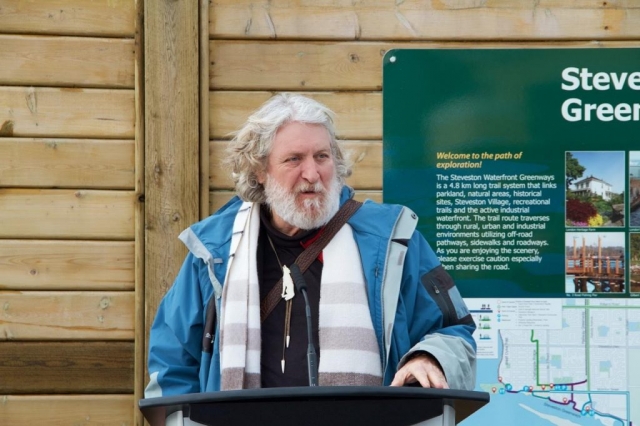 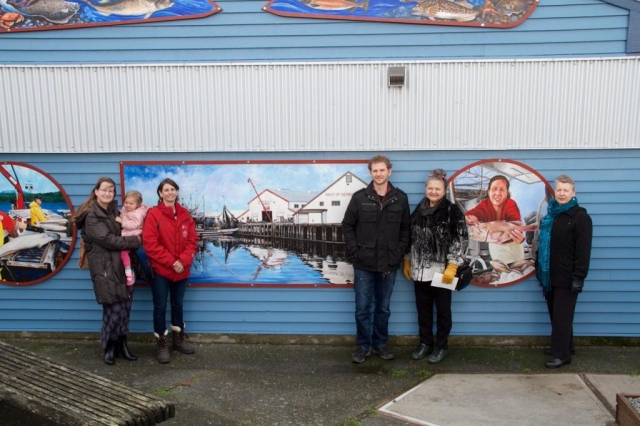 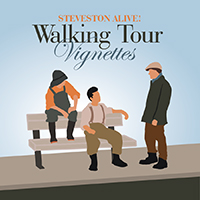 Step into Steveston's Past as History Comes to Life
Stroll through historic Steveston Village as the past comes to life with the Steveston Alive! Walking Tour Vignettes. 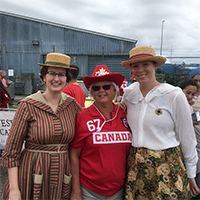 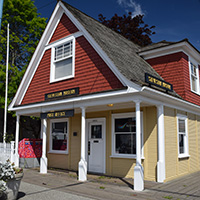 Steveston Post Office to remain open for business in historic Steveston Museum
The Canada Post office in Steveston’s Museum in the heart of Steveston Village has been a popular neighbourhood stop for both locals and visitors for over 40 years.
© 2014 - 2020 Steveston Historical Society